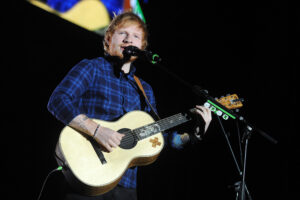 Ed Sheeran has found himself at the centre of a second copyright lawsuit for his hit ‘Thinking Out Loud’ just six months after he was cleared for copying ‘Shape of You’ back in April.

The claim by investment banker David Pullman was made back in 2018, who is seeking £90million in damages after the artist supposedly exploited and copied Marvin Gaye’s ‘Let’s Get it On’ without authorisation or credit for the song.

James Juggapah, a legal expert at BPP University Law School is not surprised by this latest lawsuit, as many musicians continue to find themselves at the centre of copyright infringement cases due to how high profile they can become within the media.

“If you follow the music world then many people are probably aware of the countless artists that have been slapped with million-dollar lawsuits over copyright infringement in the last few years or so.

“Dua Lipa, Mariah Carey and Katy Perry are among some of the chart-topping artists that have been involved in these high-profile cases.

“The way we consume and produce music has changed substantially over the last few years, with the ability to stream hours of songs and thousands of artists at our fingertips. This means that music that may often rely on catchy chord progressions is more likely to be copied accidentally, and a perfect example of this comes in the form of mainstream pop.

“However, what caused the major shift in the number of copyright infringement lawsuits can be traced back to the famous Robin Thicke “Blurred Lines” case in 2015.

“The lawsuit saw Thicke forced to pay $4.7 million in damages after Marvin Gaye’s team sued the singer for copying his hit song “Got to Give it Up”.

“After winning the case, claimants’ attitude towards copyright infringement fundamentally changed, with many more confident to take legal action against artists that had sampled or copied their work.

“But, while this shift in attitude may be good for some artists, it has left others scared of tapping into their creative impulses for fear of being called out. This is not what copyright law is made to do, it is in place to protect artists’ rights to their own work but shouldn’t make other artists fearful in the process.

“The latest music lawsuit involving Ed Sheeran not only highlights how much these cases are happening, but it also reaffirms that copyright law needs to be refreshed to fit the new ways music is being produced and consumed.”

What are my rights as a copyright owner?

Copyright laws under the Copyright Designs and Patents Act 1988, are put in place so that creators have a number of exclusive rights to their own work that stop others from copying and distributing it without their permission.

Reproducing or making an adaptation of the work

As a copyright owner, the creator has the ability to re-create or make adaptations of their original work into new formats. Transformations or making adaptations to the original work can include everything from editing, translating or modifying the content.

Performing, showing or playing the work to the public

Under copyright law, creators also have the right to control how work is performed, played or shown to the public. Performance of the creator’s works is considered to include performing in a place open to the public or playing in a location where there is a substantial amount of people that are outside of the creator’s friends and family.

Another right creators have over their own work under the copyright law, is having the ability to control how their work is distributed to others or the general public. This means that the copyright holder is able to prevent the distribution of unauthorised copies of their work without their permission.

Ability to control the way work is displayed to the public

Similarly to the right of being able to control how work is performed to the public, copyright holders also have the right to control the way work is displayed to the public also. What this means is that the creator can control work that can be displayed like photographs, and images of designs and can also include written or literary work displayed on a webpage.

The right to follow is usually only granted to artists or authors. What it means is that under copyright law, creators are able to take a percentage of the subsequent sales of their work.