Scott Gottlieb’s Uncontrolled Spread is superb. I reviewed it for the WSJ. Here’s one bit:

If there’s one overarching theme of “Uncontrolled Spread,” it’s that the Centers for Disease Control and Prevention failed utterly. It’s now well known that the CDC didn’t follow standard operating procedures in its own labs, resulting in contamination and a complete botch of its original SARS-CoV-2 test. The agency’s failure put us weeks behind and took the South Korea option of suppressing the virus off the table. But the blunder was much deeper and more systematic than a botched test. The CDC never had a plan for widespread testing, which in any scenario could only be achieved by bringing in the big, private labs.

Instead of working with the commercial labs, the CDC went out of its way to impede them from developing and deploying their own tests. The CDC wouldn’t share its virus samples with commercial labs, slowing down test development. “The agency didn’t view it as a part of its mission to assist these labs.” Dr. Gottlieb writes. As a result, “It would be weeks before commercial manufacturers could get access to the samples they needed, and they’d mostly have to go around the CDC. One large commercial lab would obtain samples from a subsidiary in South Korea.”

At times the CDC seemed more interested in its own “intellectual property” than in saving lives. In a jaw-dropping section, Dr. Gottlieb writes that “companies seeking to make the test kits described extended negotiations with the CDC that stretched for weeks as the agency made sure that the contracts protected its inventions.” When every day of delay could mean thousands of lives lost down the line, the CDC was dickering over test royalties.

In the early months of the pandemic the CDC impeded private firms from developing their own tests and demanded that all testing be run through its labs even as its own test failed miserably and its own labs had no hope of scaling up to deal with the levels of testing needed. Moreover, the author notes, because its own labs couldn’t scale, the CDC played down the necessity of widespread testing and took “deliberate steps to enforce guidelines that would make sure it didn’t receive more samples than its single lab could handle.”

Why Some White Evangelicals Are Rethinking Their Politics l FiveThirtyEight 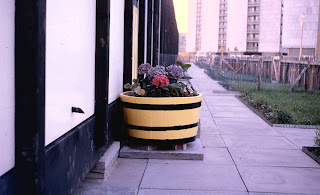 Why Some White Evangelicals Are Rethinking Their Politics l FiveThirtyEight 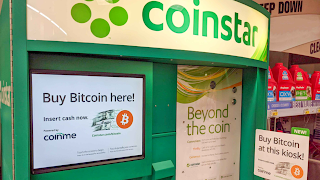 October 22, 2021
Punitive Damages for the Tort of Bad Faith

Punitive Damages for the Tort of Bad Faith

October 22, 2021
No Medical Bills Outstanding No Coverage Under Med Pay

No Medical Bills Outstanding No Coverage Under Med Pay

October 22, 2021
Providing an on the go treatment for chronic skin conditions, Zerigo Health raises a $43M round

Providing an on the go treatment for chronic skin conditions, Zerigo Health raises a $43M round